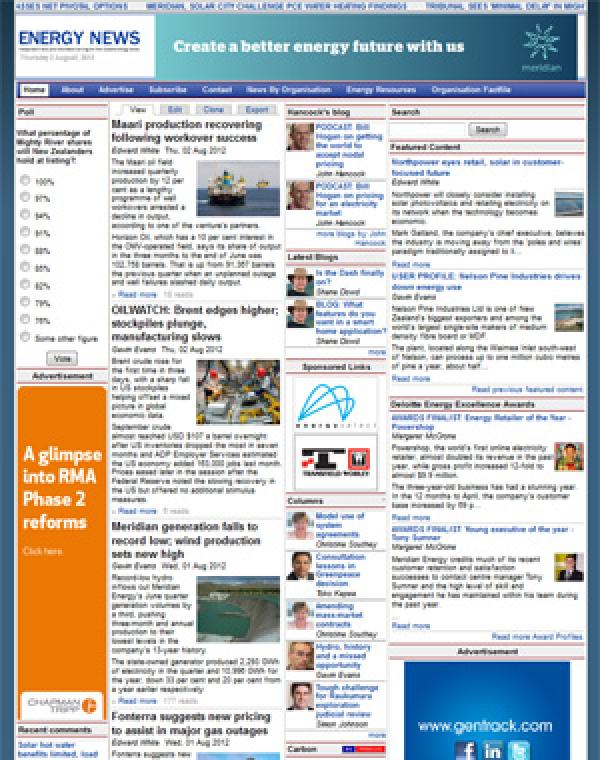 Freeman, publisher of Energy News, is an experienced and savvy information services provider to the New Zealand corporate community.

It specialises in online subscription news and information services for specific business sectors. It publishes a range of reports and maps, and also runs events.

It was established in 2002 by Matt Freeman, publishing business magazines and websites in the telecommunications and IT sectors.

It launched Energy News in 2008 – a subscription-based news and information website for the New Zealand energy sector.

Energy News has already carved out a niche as the trusted source of New Zealand energy sector news and information.

It has since launched an excellence awards programme for the energy sector, The Deloitte Energy Excellence Awards, publishes Inside Resources, jointly organises The New Zealand Energy Trader Forum and The New Zealand Petroleum Club. Print titles include a permit map for the oil and gas sector, and various special reports. The business is based in Wellington and employs fifteen full-time staff and three part-time staff members.

Journalists employed by Freeman have been involved in a series of awards at the Qantas Media Awards, MPA Awards and TUANZ Innovation Awards.